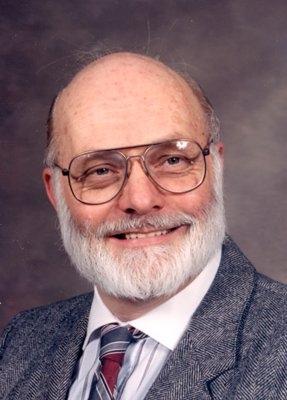 John was born June 6, 1932 in Canon City, Colorado to Joseph and Francis Fassler. He attended The Abby High School and Regis College. John honorably served his country in the US Coast Guard during the Korean conflict on the USS Finch.

On October 20, 1956 John married the love of his life, Darlene Stone. Together they raised five children. John worked for the National Weather Service for thirty-five years before retiring in 1985. John spent many years coaching little league baseball and was a scoutmaster with the Boy Scouts of America. He was named Scoutmaster of the Year and earned the Silver Beaver Award, one of the highest honors in scouts. He mentored many young people. Dad was a member of the Knights of Columbus and Elks Club. John was an avid golfer and University of Montana Grizzly fan. His gardens were always perfect and he loved to harvest and share with all. Dad loved camping and fishing with his family, with the Big Hole Valley being one of his favorite destinations.

Upon retirement, John became one of the finest back country camp cooks with many outfitters requesting his services. Later in life, John found great fulfillment in volunteering in the prison ministry program with St. Dismas and St. Vincent DePaul. John was a tireless friend to many men and women through trying times. He was known as the “Candy man”.

The most important things in John’s life were his family and his faith in God. John was a member of St. Joseph’s parish and later Corpus Christi. In the late 70’s, John made his cursillo with the Catholic Church. He has since been a team member of countless more.

He was preceded in death by his parents, Joseph and Francis; wife Darlene; son Patrick; sister Helen; and brothers Ed and Paul.

In lieu of flowers the family suggests donations to St. Vincent DePaul, PO Box 1562, Great Falls, MT 59403 or Peace Hospice, 1101 26th Str. S., Great Falls, MT 59405. In John’s honor he would smile in heaven if you would commit a random act of kindness for another one of Gods children. John you will be missed.

Condolences for the family may be posted online at www.schniderfuneralhome.com.

Donate
We need any financial help that you can give right now.Become a monthly supporter!